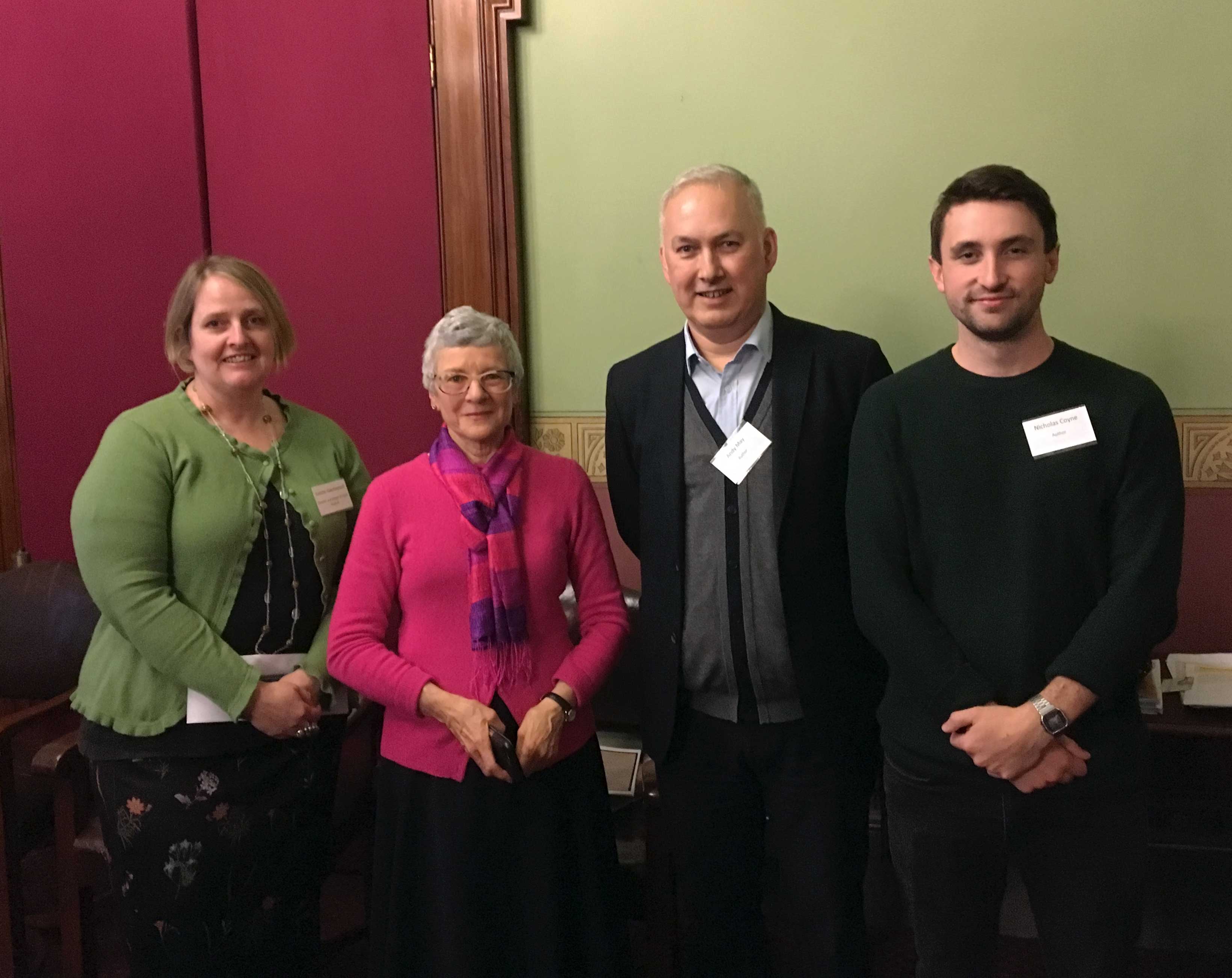 Posted on May 12, 2017 by AM Posted in EventsTagged Provenance, Public Record Office Victoria, World War One

Launch today at Old Treasury of Provenance Vol. 15 — with Honours student Nick Coyne (who along with Nicole Davis co-authored ‘World War I on the Home Front: the City of Melbourne 1914–1918’), Keeper of the Public Records Justine Heazlewood, and Old Treasury General Manager Margaret Anderson. Our article highlights ways in which the war years can be seen less as a homogenous period in the city’s history, and more as a time when manifestations of interest, loyalty, engagement and fear, ebbed and flowed as a consequence of the interaction between local, national and international forces and events.