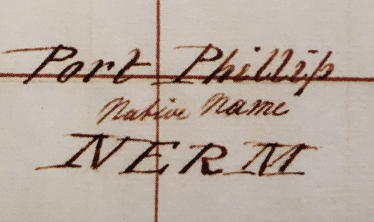 “Which Australia city was briefly named Batmania”? If your answer was Melbourne, you would have got your two points in a recent Age newspaper quiz.[1] But you would also have been seduced by one of the lineages of misinformation that, if repeated enough over time, seem to turn fantasy into fact. Batman is an old English surname, but the fact that it’s a homonym of a DC Comics superhero also adds juts a touch of the fantastic to Melbourne’s early imagining.

An early if not the earliest evidence of the term is in a clearly satirical letter to the editor of Launceston’s Cornwall Chronicle of 13 June 1835. John Batman returned to Launceston from Port Phillip on 12 June, and the Cornwall Chronicle — in noting his ‘interesting expedition’— described him as the ‘Tasmanian Penn’, in reference to William Penn’s 1683 peace treaty with the Delaware Indians. In the adjacent column, however, a communication signed ‘Wrangleawee’ (as in ‘wrangle away’) presented a parody of the proceedings, implicitly critical of the legitimacy of any treaty and the over-reaching acquisitiveness of Batman and Wedge. Here the spurious treaty was signed with a tipsy ‘Fudgaree’ (as in cheat or fake) in exchange for blankets, tobacco and rum. The suggested name ‘Batmania’ for the new settlement was, it has to be said, somewhat tongue-in-cheek.[2]

So if Batmania was simply someone’s idea of a joke, what was the early settlement called before it was legalised by the government in Sydney?

In May 1836, police magistrate George Stewart was dispatched to Port Phillip to investigate ‘outrages committed by certain Europeans in the neighbourhood of Westernport and Port Phillip’. Reporting to the Colonial Secretary on 10 June, Stewart noted that ‘The town “Bearbrass” is on the left hand of the Yarro Yarro, about seven miles from its mouth, which at present consists of thirteen buildings, viz. three weather boarded, two slab, and eight turf huts”.[3] Stewart’s report gives contemporary credence to the ‘Bearbrass’ handle — which Robyn Annear later popularise in her eponymous 1995 book.

As Melburnians of the 1880s turned their thoughts nostalgically back to the 1830s in a golden jubilee reverie, journalist Edmund Finn, under the pen name Garryowen, weighed in to the debate, admitting that his recollections trod on ‘slippery ground’.[4] Stewart, according to Garryowen, must have had a ‘temporary absence of mind’ — we might say some kind of brain fade — to call it the ‘outlandish’ Bearbrass; another pitch to call it ‘Glenelg’ after the Secretary of State for the Colonies also received little traction.[5]

‘Bearbrass’ indeed seemed to have been plucked out of a longer list of alternatives that included Bareport, Bareheap and Barebury; Annear noted they were all versions ‘of the place’s supposed Aboriginal name’,[6] a claim that can be tracked back, for example, to A.E. Martin’s 1944 book  Place Names in Victoria and Tasmania, where they are listed as derivations of the Indigenous words Bararing or Berrern.[7] Bareberp may well be the original name for Melbourne’s western hill, known for many years as Batman’s Hill and now in the environs of Southern Cross Station, with the she-oak forested eastern rise called Narloke.[8]

There are tantalising glimpses in the early Port Phillip colonial archives of Indigenous naming practices. Assistant Protector of Aborigines William Thomas writing to Superintendent La Trobe on 16 June 1841 refers to ‘Nern’ as the place where the waters of ‘Kurk Brook Brook’ enter Port Phillip Bay,[9] and his map of the same year delineates ‘Nerm’ as the general word for Port Phillip Bay.[10] (‘Koort-boork-boork’, according to Garryowen, referred to the she-oak flat at Williamstown).[11] ‘Narme’ appears again in the 1840s as the name for Port Phillip Bay, in George Henry Haydon’s ‘vocabulary of native words’,[12] and again in George Augustus Robinson’s 1847 journal.[13] In Garryowen’s opinion, ‘The native appellation of the place ‘Narr-m,’ was such a consonantal barbarism as could not be conveniently mouthed by Europeans’.[14]

On Monday 8 June 1835, John Batman recorded in his diary: ‘… I am glad to state that about six miles up found the River all good water, and very deep — this will be the place for a village — The natives on shore’.[15] A regatta was held in Melbourne in August 1838 to celebrate three years since John Pascoe Fawkner’s schooner Enterprize discharged its cargo of first settlers on the Yarra’s northern bank on 30 August 1835,[16] and while Batman’s star was ascendant during the 1930s centenary celebrations, it’s fair to say that he lost out in the ensuing history wars over foundation rights.[17]

Whatever the vernacular terminology in the year or more after June 1835, an illegal settlement was soon to become an authorised colonial outpost. Fearing the uncontrolled and illegal ‘rage for Port Phillip’, Governor Bourke’s proclamation of 26 August 1835 declared Batman’s treaty ‘void and of no effect against the rights of the crown’. In April 1836, Glenelg wrote to Bourke sanctioning settlement under government control, and in March 1837 Bourke ‘Directed the town to be laid out’, choosing ‘Melbourne’ as the name of the new settlement after the British Prime Minister of the day.

‘Melbourne Day’ is now promoted annually by the not-for-profit Melbourne Day Committee chaired by Campbell Walker. The event has its origins in the early 1990s as ‘Foundation Day’ (which until the 1930s had been an early name for Australia Day, the 26 January commemoration of the landing of the First Fleet in 1788).

The driving force of the Melbourne Foundation Day Committee was businessman Hedley Elliott, owner of the historic Emu Bottom property at Sunbury which had been built by Enterprize settler George Evans. With the imprimatur of former Victorian Premier Sir Rupert Hamer, Elliott and his committee sought to ‘raise awareness of Melbourne’s story, celebrate its anniversaries and showcase everything that’s great about our city’ through annual events, educational initiatives and community awards.[18]

By 2018 the City of Melbourne had withdrawn funding from the renamed Melbourne Day initiative, with some councillors questioning the appropriateness of 30 August 1835 as the city’s historical zero point and calling for a more inclusive commemoration that could happily celebrate European history and culture while at the same time better acknowledging Indigenous history and gesturing more appropriately towards the reconciliation process.[19]

More recently, of course, a reanimation of the statues debate has reignited argument over the appropriateness of maintaining material and symbolic references to colonial violence and dispossession. Greens politician and Gunnai-Gunditjmara woman Lidia Thorpe has suggested that changing colonial names — including Victoria or Queensland — might be contemplated as part of making peace in a treaty process.[20] There are also other calls for towns like Townsville, Mackay and Gladstone to be renamed due to their links to pro-slavery figures.[21]

That Melbourne bears the name of Whig statesman William Lamb, 2nd Viscount Melbourne, was a quirk of timing. That Melbourne the man was also an advocate of slavery and thought its abolition a ‘folly’ at a time when humanitarian opposition had reached a groundswell is perhaps more disturbing. According to biographer L.G. Mitchell, he even ‘delighted in teasing the high-minded on the subject’ and wrote that if he’d had his own way ‘I’d have done nothing at all!’[22]

Italian philosopher and historian Benedetto Croce saw monuments and tombs as a kind of ‘act of morality, by which is affirmed the immortality of the work done by individuals. Although dead, they live in our memory and will live in the memory of times to come’.[23] As traces of the past, city names in their own way can be similarly moral in their sway, and colonial city names represent historical acts of power and possession. As the art historian and critic Peter Conrad writes of New York City, grandiose consecration myths licence the ‘robbery of terrain’. [24] Place naming might seem rather random, it can be rhetorical and contingent, but it is also an act of ownership with real impact. In Salman Rushdie’s latest novel, Quichotte and his imagined son Sancho drive across America, musing on the fact that Indigenous place names have lost their meanings and reference points, deracinated from their power and specificity (Chicago is an onion field). ‘Once there were other words with rights’, says Quichotte, but ‘New words were poured over them to take away their magic’. [25]

From Bulleen and Moorabbin to Kooyong and Nunawading, Wurundjeri and Bunurong place names across Melbourne’s metropolitan landscape have long been known.[26] In recent years, Birrarung has been re-established as the name of the river the first invaders erroneously called the Yarra. Whatever acts of naming the invaders preferred, there is an alternative, shore-to-ship version of John Batman’s encounter. Nerm, Bareberp, Narloke, Birrarung: these and other Aboriginal names for Melbourne are not waiting to be found — they are waiting to be heard.

[21] Zoe Zaczek, Townsville, Mackay and Gladstone: Could these Australian cities soon be renamed because of their links to slavery and controversial ‘blackbirding’? Mail online, 18 August 2020. 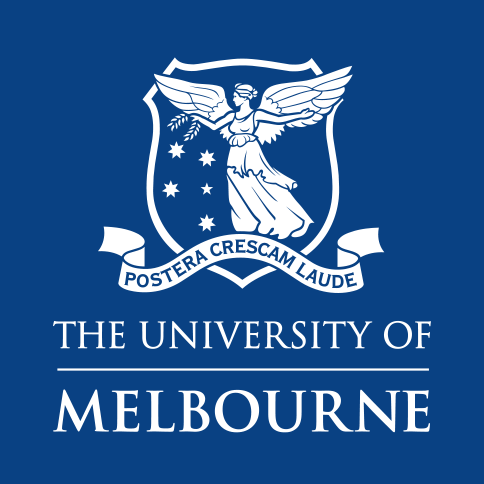